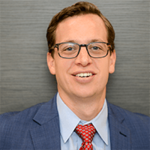 Michael McCubbin is a trial lawyer with Gilman & Bedigian, focusing his practice on representing victims of medical malpractice and those who have suffered catastrophic and life-changing injuries. Since he first joined the Maryland Bar, Mike has been zealously representing clients in courtrooms throughout the state. He began his career as a prosecutor in one of Maryland’s busiest jurisdictions, where he tried hundreds of cases and secured countless convictions, advocating for victims of theft, assault, and domestic abuse. Even before he was fully admitted to the Bar, Mike was sworn in as a Special Assistant State’s Attorney and served as first-chair trial counsel on a range of felony and misdemeanor cases.

After working as a prosecutor, Mike went on to become a Senior Associate at one of the top medical malpractice defense firms in the State of Maryland. In this capacity, Mike worked closely with insurance companies and doctors to defend claims of malpractice, dealing with all manner of medical issues. Mike’s experience on the defense side gives him a unique perspective and skill set, which he now uses to help victims of malpractice. With years of experience in medical malpractice, Mike is well versed in handling expert witnesses, presenting evidence effectively to juries, and forcefully representing clients at trial. Also, Mike is well aware of the tactics, arguments, and strategies that the defense will use, so he can now counter their approach when representing injured victims.

Not only is Mike proficient in the courtroom as a trial attorney, but he has also argued appellate issues before the Court of Special Appeals, Maryland’s second-highest court. Mike’s experience with the appeals process began in law school, where he clerked for the Supreme Court of New Hampshire. While in law school, Mike was also a member of the Advanced Trial Advocacy Competition Team and Rule 16 Attorney in the Criminal Practice Clinic, where he represented clients before he was admitted to the bar.