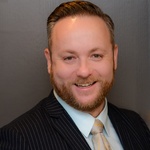 As a trial attorney at Gilman & Bedigian, LLC, Jon Stefanuca is actively involved in a variety of catastrophic medical malpractice and personal injury cases. He has been repeatedly named a “Rising Star” in the field of medical malpractice by “Maryland Super Lawyers Magazine.” In 2015, Jon was recognized by the National Association of Distinguished Counsel as a Member of the “Nation's Top One Percent” of attorneys. He was also named as one of the “Top 10 Personal Injury Attorneys Under 40 In Maryland” by the National Academy of Personal Injury Attorneys.

Prior to joining Gilman & Bedigian, LLC, Jon was a litigation/trial associate with Murphy Falcon & Murphy, a nationally-recognized group of elite trial lawyers. At the Murphy Firm, Jon represented the injured in a variety of cases involving medical malpractice, catastrophic personal injuries, product defects, brain injuries, lead poisoning, and carbon monoxide poisoning, among other cases. He was a member of the litigation team in the class action filed against St. Joseph Medical Center and Dr. Mark Midei involving the unnecessary implantation of cardiac stents in hundreds of patients. He was also a member of the litigation team in the class actions filed against Kennedy Krieger Institute involving allegations of unethical and unlawful experimentation on children. At the Murphy Firm, Jon also developed a reputation for representing professional athletes and their families in personal injury cases.

Unlike most other attorneys, Jon has experience representing both plaintiffs and defendants. Prior to joining Murphy, Falcon & Murphy, he was a litigation associate with Nash & Associates, LLC, where he represented MedStar Health, a $4 billion health care system in the Baltimore area with a network of nine hospitals and twenty other health-related businesses across Maryland and the Washington, D.C. region.  As such, Jon has a unique understanding of medical malpractice defense mentality and strategy.

Before Nash & Associates, LLC, Jon served a judicial clerkship for the Honorable W. Michel Pierson, Circuit Court Judge of the Circuit Court for Baltimore City. As a law student, he clerked for Whiteford, Taylor & Preston, LLP and Glaser & Solomon, LLC.

Jon graduated with honors from University of Maryland School of Law. While in law school, he served as the Articles Editor on the Board of the Maryland Law Journal of Race, Religion, Gender, and Class. He was also admitted as a member of the school's Moot Court Board. As a student attorney, he represented a number of community organizations in the Economic Housing and Community Development Law Clinic for which he received a Special Achievement Award. During his first year of law school, Jon was recognized for his achievements in Legal Methods and Advocacy by Widener University School of Law.

In addition to English, Jon speaks Russian, French and Romanian.

Jon Simon Stefanuca, Crawford v. Washington: The Admissibility of Statements to Physicians and the Use of Closed-Circuit Television in Cases of Child Sexual Abuse, 5 U. Md. L. J. Race, Rel. Gender & Class 411 (2005).

Jon Simon Stefanuca, The ICC and the United States: Arguments in Favor of Ratification of the Rome Treaty, 37 Towson U. J. of Int'l Aff. (2001).